The award-winning “Pamela Froman Fine Jewelry Collection” features handmade pieces comprised of multiple colors of 18k, 22k gold and platinum, and exquisite rare natural stones. Originality and meticulous attention to every detail are hallmarks of Pamela’s signature look; because each item is handmade, no two will ever be identical, even if they are similar in design. This one-of-a-kind, limited edition jewelry is as hip as it is timeless, transcending every generation and age, and specially crafted so that it may be treasured for years to come.

Born and raised in Manhattan, Pamela graduated from the prestigious Fashion Institute of Technology and subsequently moved to Europe, where she settled in Paris and began designing jewelry for the top couturier salons, including Courreges, Cacharel, Carita, Guy Larouche, and Valentino. As much as she enjoyed the challenge of creating for preeminent designers, Pamela needed to forge her own artistic path. Pamela Froman’s creations combine classic European design elements with her own unique sensibility. “I love irregular surfaces,” the designer explains, “so most of my Collection is textured with a special technique I call “Crushed”. In fact, the cornerstone of my first line was The Mina Ring, a Crushed mélange of Platinum and 18k yellow gold with diamonds that was designed for an actress who wanted something distinctive and elegant.”

The initial Pamela Froman Fine Jewelry Collection made its debut at the 2006 JCK Show in Las Vegas, where Pamela was awarded the promising title of Rising Star. In 2008, she was identified as one of the 10 Best New Jewelry Designers by InDesign Magazine, and was thrilled to be presented with the prestigious Town & Country Couture Design Award for Best of Gold (an award often referred to as the "Oscar of the jewelry industry!") The award-winning quality of her designs continued to be recognized in 2009: Pamela was honored at the 25th Annual Spectrum Awards Gala with a Consumer's Choice Award for her one-of-a-kind "Pearl Mélange" lariat necklace; her one-of-a-kind “Sentimental Crush” Locket won a 2009 MJSA Vision Award; she was presented with another Couture Design Award in 2009, this time for Best of Bridal, and was also honored to be nominated for the WJA Award for Excellence in Design. In 2010, Pamela won First Place Gold Distinction in the MJSA Vision Awards, for combining 18k pink and yellow gold to create her gorgeous “Royal Crush” statement necklace. In 2011, the same color combination (18k pink & yellow), this time combined with a gorgeous honey-color Ethiopian Opal and sparkling diamond pave to create a stunning cocktail ring, earned Pamela another Spectrum Award! 2012 brought another nomination for the WJA Award for Excellence, as well as a WJA Diva Award (presented in 2013) for a fabulous cocktail ring featuring an Australian Opal surrounded by Paraiba Tourmaline pave. In 2013, she received another Spectrum Award (this time for Bridal), was a Finalist in the Niche Awards, 1st Runner-Up in the Couture Design Awards’ Bridal category and was again honored with a nomination for a WJA Award for Excellence. 2015 was a particularly exciting year: Pamela was a Finalist in the 2015 Niche Awards, won the 2015 WJA Diva Award for Bridal Design, became a member of the by-invitation-only American Jewelry Design Council, and was finally honored with the prestigious WJA Award for Excellence in Design! In 2017 she won 3rd place in Bridal for a unique Ruby ring in the InDesign Awards and in 2018 she won 1st runner up for a modern Csarite ring in the Platinum category in the InStore Design Awards.

Pamela feels strongly that individuality is the underlying theme of beauty. “I believe that the more a piece is worn the more beautiful it is because it becomes part of the person’s essence. Two people can wear the same piece and it will have a different look or give off a different aura.” The designer pays attention to every detail, making sure that every element of the design (from the silhouette of the piece to the colors of the gold to the color, cut, and even clarity of the stones) work together to create a piece of wearable fine jewelry that can be passed down for generations. “I like to think that if my jewelry were someday discovered in an old buried treasure chest, it would stand the test of time, much like the antiquities of the great civilizations do today.”

Dubbed “The Golden Girl” by W Jewelry Magazine, Pamela Froman’s creations have also appeared in the pages of The Robb Report, Town & Country Magazine, Inside Weddings, Lucky, Self, and Bride’s Magazine, and Lark Book’s 500 Wedding Rings and 500 Gemstone Jewels, to name a few; her designs have also graced the covers of prominent industry publications such as Modern Jeweler, InDesign, and Jewellery Business Magazine. Celebrities who “have a crush” on Pamela’s unique style include: Halle Berry, Diane Lane, Debra Messing, Meredith Brooks, Whoopi Goldberg, Norah Jones, and Eva Mendes.

Pamela and her husband, photographer Jay Lawrence Goldman, have created a studio oasis that they share -- a sanctuary within the city of Los Angeles, filled with natural light, plants and fountains. Pamela feels, "each piece of my jewelry is an expression from my soul," but considers her most precious creation to be her son, Hudson Elijah. 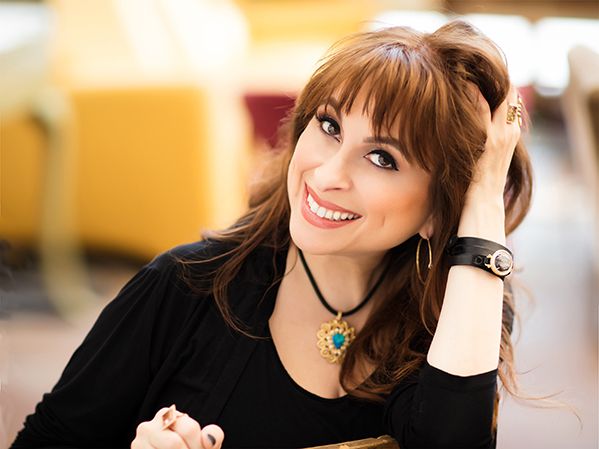